A multidisciplinary journal of research of St. Xavier's College (Autonomous), Kolkata , welcomes articles communicating current research work carried out by the faculty and/or students of the college. Submissions will be published subject to acceptability after reference and editorial assessment. It's first issue was published in the year 2009. On 20th January 2012, on the day of Convocation and Valedictory, the fourth issue (Volume IV,2012) of the journal was released by the Honorable Chief Minister of West Bengal. 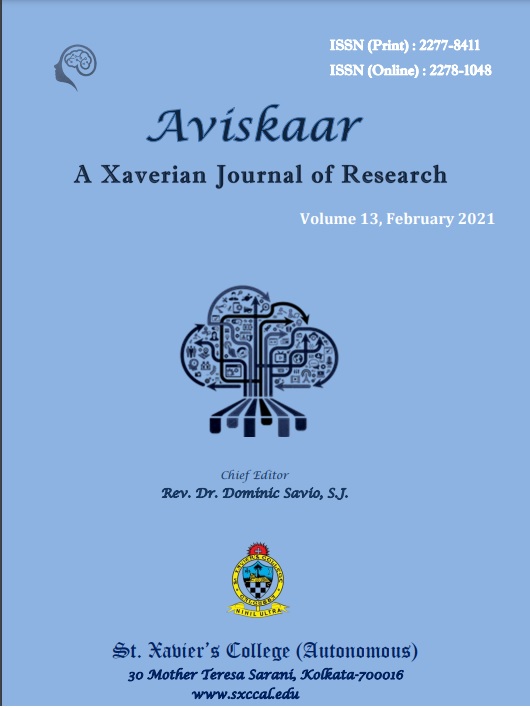